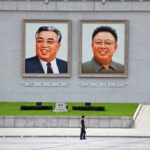 A better-than-expected outcome of the summit between the two Koreas immediately kick-started stalled negotiations between Washington and Pyongyang, boosting President Donald Trump’s high-stakes push to get the North to give up its nuclear weapons by the end of his first term in office. But it left open a burning question: Will the concessions North Korean leader Kim Jong Un … END_OF_DOCUMENT_TOKEN_TO_BE_REPLACED